John is relatively new to the Lanarkshire but already has made a massive impact on our federation regularly over the previous years and this season, topping the federation two weeks in a row from Catterick & Ripon. This is brilliant flying as, in my opinion, his loft lies off the main drag of the federation racing.

John was so close also to winning three first federations, between Alnwick, Catterick, Ripon, in this three week period.

It was quick to realise when observing his stock pigeons John has invested well in obtaining the very best up-to-date winning lines in Europe. 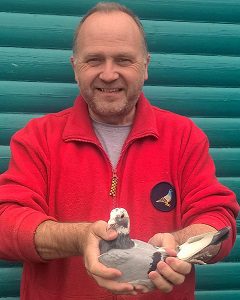 John is a cracking young bird flyer and has had a brilliant 2018 young bird season, winning every club young bird race except one – which he was a close second.
To take the top five in the Ripon Open was a remarkable performance but wasn’t a surprise to most who have studied his recent performance over the past couple of years.

He has done his homework and spent many hours studying the results throughout Europe to invest in the best.
John is a humble person and isn’t one to push his results and is quietly confident to enter his birds at the top level of competition, with some of them entered in top One Loft races throughout the world. He has already achieved rewards from early entrants, winning 1st hot spot Who Dares Wins.

John took some time from his pet business, to give me some insight into how he manages his young bird team.

John started keeping pigeons at the age of twenty two in the village of Salsburgh ,pigeons were very much a top sport in the village and John liked going down to the local club and watching the marking of the pigeons. John rented some land and started racing in the village. 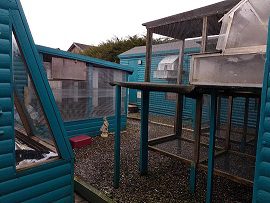 Work has always been demanding and has limited his time to keep pigeons and so he has been in and out of pigeons depending on its demands.
John even know struggles on his own trying to manage a team of staff and manage time to race pigeons. John said it’s always second fiddle in life and he enjoys his free time with his family to concentrate fully with pigeons and that’s how he rarely takes the time to concentrate on old bird racing. 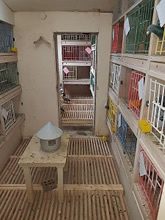 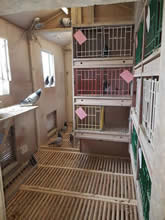 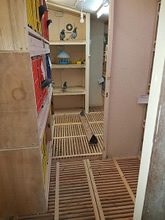 He said “I find it a struggle to manage the young bird season and I’m glad when it’s over.” Johns relaxation time is too precious to him and the pigeons sport can impact massively on people’s lives. John would rather not go down that road. John said he has the greatest admiration of those who dedicate their lives to all aspects of the sport.

John very much enjoys the breeding side for himself and others. He sees his future on this side of the sport and also testing his stock in one loft racing.

The present stock is from the very best Pow Brothers, Holland, Bliksen lines and Mr & Mrs John Bradley of Wolverhampton, Birmingham. He has also the best of Mick Betts of Midland Nation fame. John likes to balance keeping these lines together but also blends them for racing. 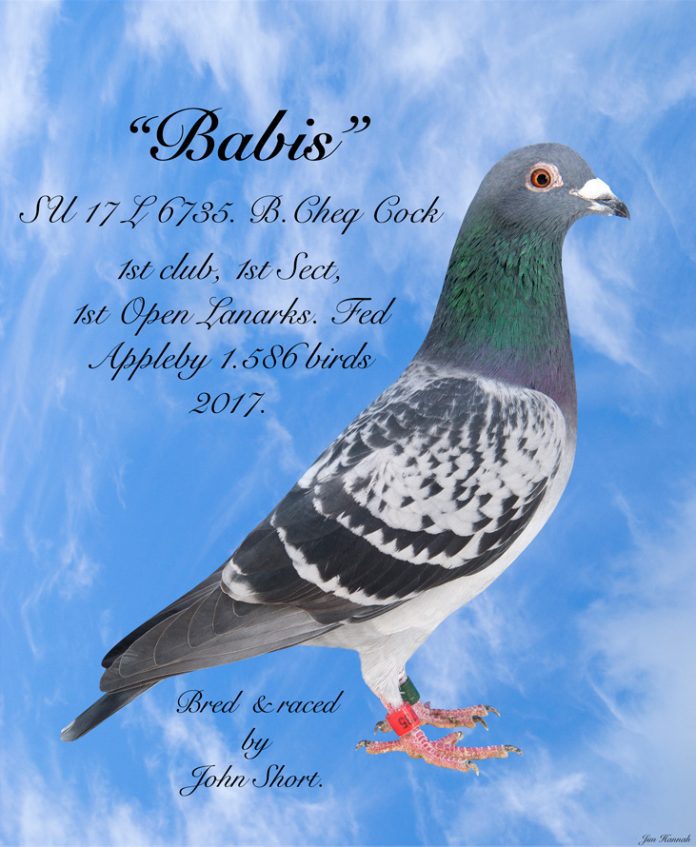 On handling Johns winning hens they handled small to medium with a strong rump and very silky feathering. They also had rich coloured eyes and great balance.
They are raced to easy clean perch and looked well in his large young bird sections.

The question were asked and John answered quickly and without hesitation. Hopefully we can learn from one of the best at his trade, racing and winning with young pigeons.

What is the programme -The birds receive a therapeutic treatment against paratyphoid for around ten days in October. This being Dr Sluis medication before pairing mid-January.
The birds are wormed with Schroerder Tollisan product regularly as John feels fanciers don’t medicate enough for worm problems. Paired and are treated for canker when on eggs.
Treatment for Fungal problems is a must and is completed before pairing of pigeons. When racing he cankers them every 2-3 weeks.
Versla Laga mixed grit and black minerals are available to all pigeons. 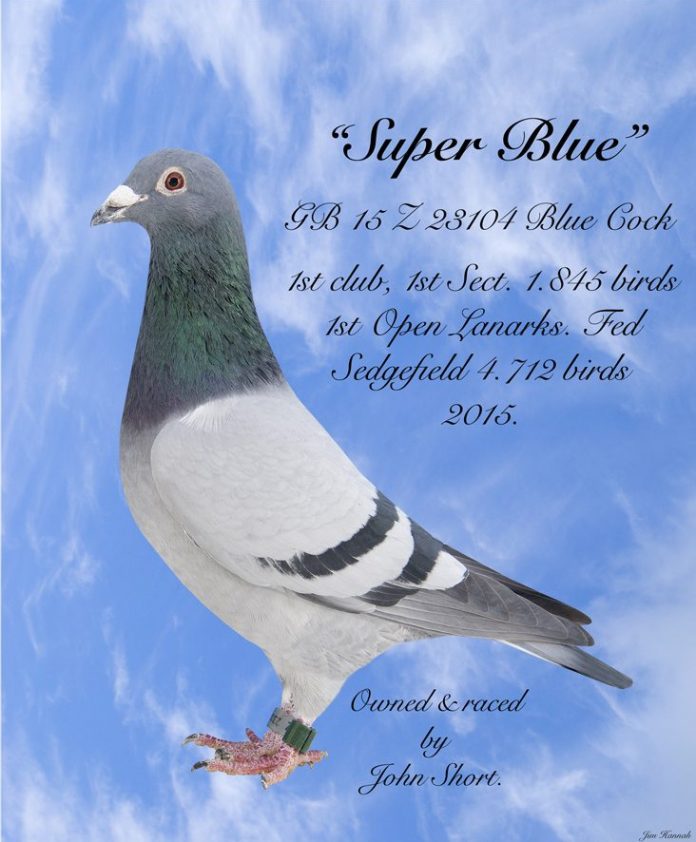 The racers mostly foster the twenty three pair of stock youngsters. All youngsters are raced on darkness with loft design and ventilation set in place for such a system. Around eighty odd youngsters were basket trained for the system with John putting them in panniers to learn to eat and drink. He will initially show them the water fountain and then it’s up to them to learn.

The stock are fed breed & ween and the youngsters also up until they mature into the racing cycle. Then they are fed Marimans Varimax with small amount of seed on the Friday before the race. Vaccination of the youngsters is around late April early May with Colombovac for Paramxyo and again after racing.

The youngsters when weaned are allowed time to find their environment and when strong enough will be flagged until showing the discipline required. The young bird loft is 24ftx15ft.

John has his own system that he attempts to maintain but work commitments sometimes doesn’t allow a ‘to the minute’ regime of feeding and exercising. Johns bird exercise very well around the loft and when at their best will do fifty minutes morning and evening before being “whistled” back into the loft. John said they will all be in within thirty seconds and those that don’t respond miss a feel. Those that consistently cause problems are out the team.
The feed is measured but not always the same as it depends on what he feels they need for the race ahead. No build up feed system is used. 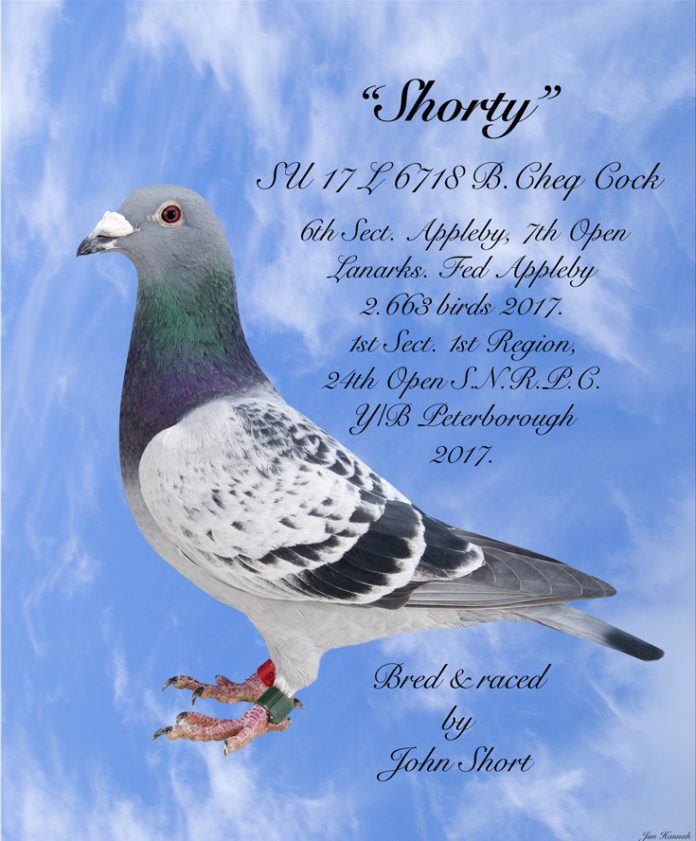 When ready for basket flight training, this only consists of six pre-race flights only to a maximum of ten miles. Why stress them out! If they are flying well round the loft they know their environment. They are dots in the Sky when loft excising and race around for their designated fifty minutes. If they aren’t they are not healthy. John will and has treated for respiratory issues and also has suffered YBS which he again uses Dr Sluis products. When showing YBS the feed will be reduced and kept in doors for ten days. This has been the month of May.
The pigeons will be exercised when weather permits and will keep in if raining as he feels it doesn’t do them any good out in such conditions. John doesn’t feel the need to give the youngsters a bath, it doesn’t seem to matter.

All lofts have wood grills on floor and cleaned when required. The ventilation is through vents and traps at front of loft and drain pipes in ceiling that are attached to extractor fans to draw stale air out of loft. Light system is used to enhance dark system.

John likes to use natural products and regularly uses Naturaline & Sedacol in water. He is also a believer in oils on the corn, using the Comed range and also Rohnfried Blitzform in water Wednesday & Thursday. 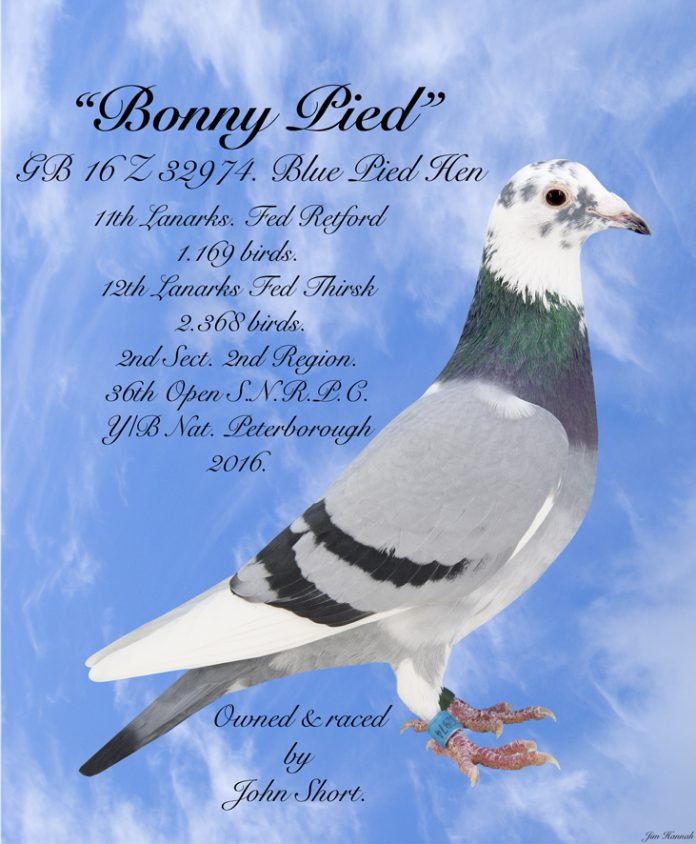 Once through the moult his thoughts are to sell on the racing team, as John has no interest in racing old birds due to work commitments. So look out for these quality lines becoming available over the next few months.

Thanks very much to John for his time and insight into his winning formula.

Menu
This website uses cookies to improve your experience. If you continue to use this site, you agree with it.
Ok